SAMARITAN’S PURSE VOLUNTEERS HAVE COME ALONGSIDE THE COMMUNITY IN GOODNA, IPSWICH QLD AFTER DEVASTATING FLOODING.

Goodna, Ipswich in QLD was one of the worst-affected suburbs, enveloped by the Brisbane River and Woogaroo Creek together with the letting-out of Wivenhoe Dam, devastated thousands of homes.  Flood-water reached beyond 11 meters on the town’s flood marker, marking 7 previous flood events since 1890.

Jess and Alex moved into their 2-storey home together with her mum on Lowe Street in late 2021 and had recently completed renovations.  They both share a love of animals, providing a home to 2 German shepherds, a kelpie x staffy, together with ducks and budgies.

Alex recounted the days of rain leading up to the flood “I was sitting at home and started thinking, “I wonder what the (Wivenhoe) Dam levels are like?”, and then I looked online and saw that they were releasing water”.  “I called Jess up and said, “they’re releasing water, I would recommend considering an evacuation plan””

“We were met with a lot of disbelief” Jess recounted, “It was 11 or 12 that night we saw the evacuation order, ‘Prepare to leave: Areas near Woogaroo Creek’”

“The first thing was the animals, we took the dogs out, the birds went upstairs and let the ducks out … We just didn’t know how high it was going to be, we didn’t realise we would be flooded for 2-3 days”

“I was staying at a friend’s place in Oxley and they were flooded, so even though we had evacuated, you felt like you could never really escape, like there was no actual safety.”

Homeowner Jess on her evacuation during the floods. 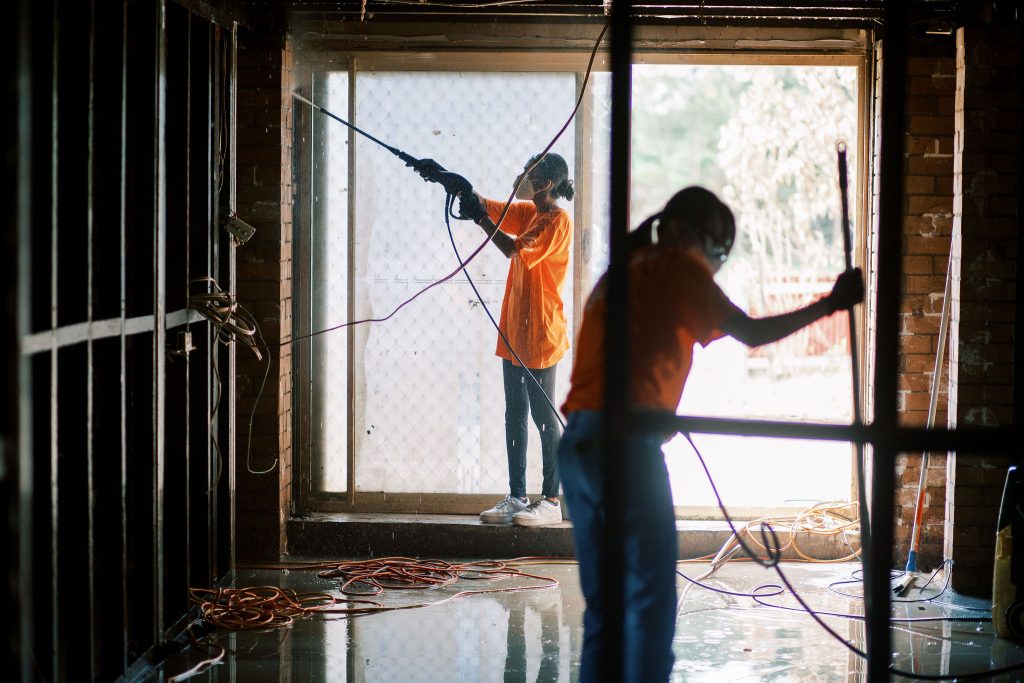 “Within half a day Samaritan’s Purse were able to clean and remove the mould, and sanitise the whole downstairs area”.  “One of the volunteers who was an ex-mechanic, I asked him, “Hey, could you help me with our lawn mower, hedge trimmer and air compressor?” And we were able to bring them back to life, which was absolutely amazing…it was a miracle to me, with the amount of corrosion that had gotten into them”

Dan Stephens, Disaster Relief Manager at Samaritan’s Purse described the toll of the community and the importance of responding quickly.  “Coming alongside affected homeowners, letting them know they’re not alone, that there’s a community of loving people who want to come around and share in their time of grief.”  Commented

Wayne Ritchings, Program Manager for the Goodna QLD deployment also remarked on the reaction from the homeowners in Goodna, “It’s about getting these homeowners back on their feet, many of them are traumatised and have nowhere to start, Samaritan’s Purse can give them the start they need.”

During our interview, Alex expressed his gratitude for the Samaritan’s Purse teams, from the chaplains, assessors and the volunteer labourers, “Samaritan’s Purse was a very lovely bunch of people, I really like what they do, and I’m kinda motivated how they helped out and how quick they were to help out, so thank you, thank you so much for all your help and how wonderful everyone was.” 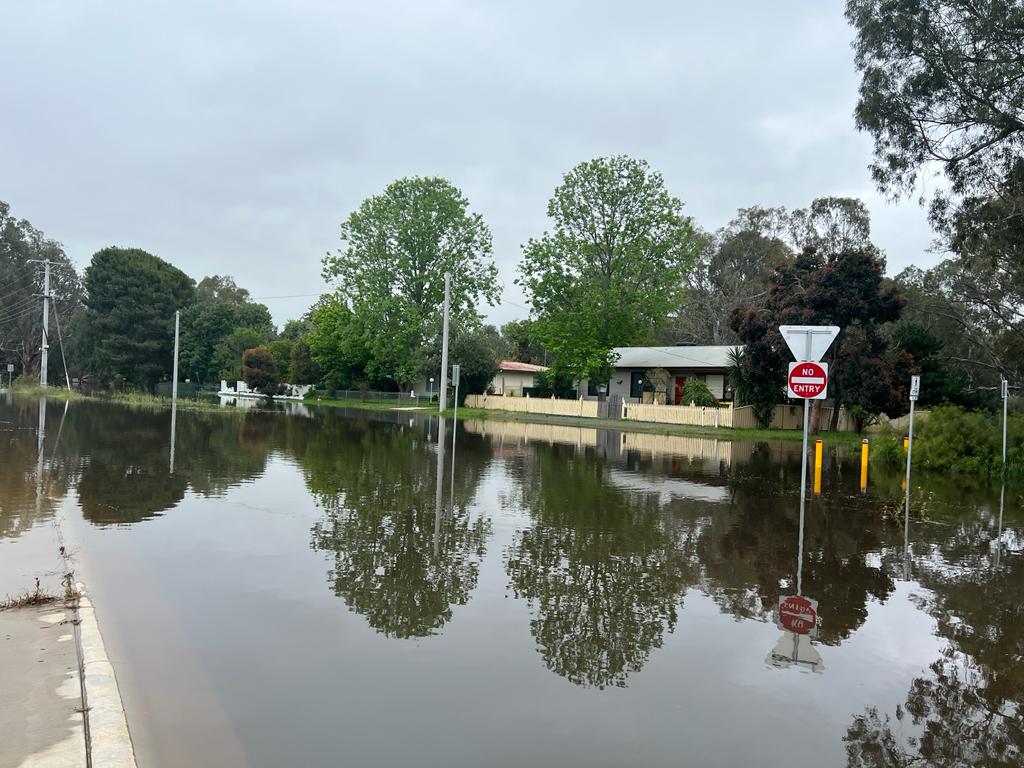 Coming Alongside Central Victoria in Wake of Devastating Floods

Bearing Burdens in Lismore Amidst Disaster “Rain bomb” may not be a technical weather term, but it perfectly describes the relentless deluge earlier this year that inundated the city of Lismore and the surrounding Northern Rivers region in New South Wales. Flooded rivers quickly overwhelmed the city’s levees, and families were trapped in their homes…